The Abba Garima Museum was inaugurated on the 26th of may, 2012 in the presence of his Holiness Abuna Paulos I and the Ambassador of France, Mr BELLIARD. This project financed by the Social Development Funds will assure a better preservation and exhibition of several historical items which are in the Abba Garima monastry. 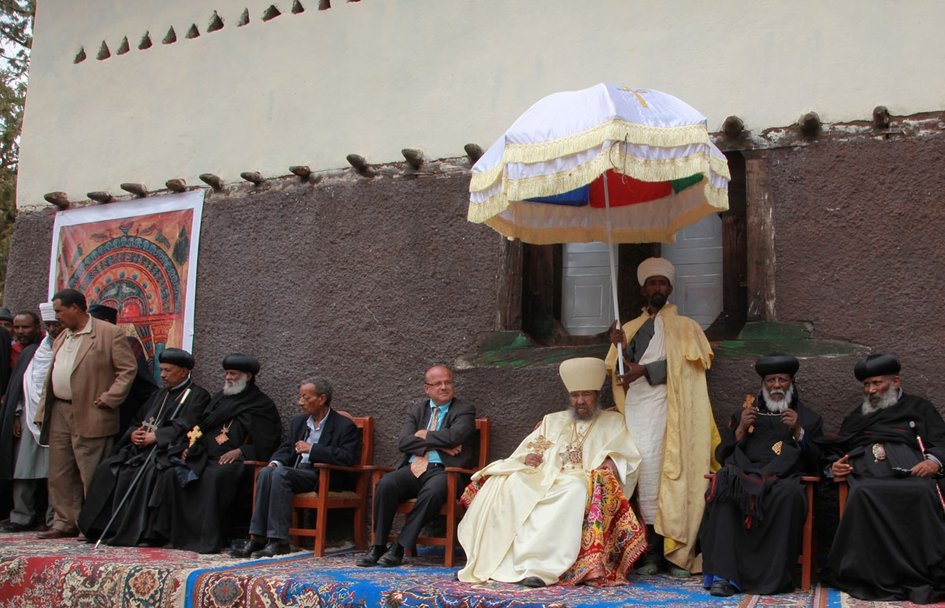 The monk Abba Garima, coming from Skete in Egypt, and beyond, from Constantinople, founded at Medera, around 500 A.C., the monastery which bears his name today. Fifteen hundred years later, this monastery is the guardian of some of the most precious treasures of Ethiopia, previously unknown to the public. Amongst the most important objects are two ancient Gospel Books, the copy of which is attributed to Abba Garima. Architectural decors adorn the canon tables of these Gospels, and one of the books (Garima 2) includes portraits of the Evangelists. 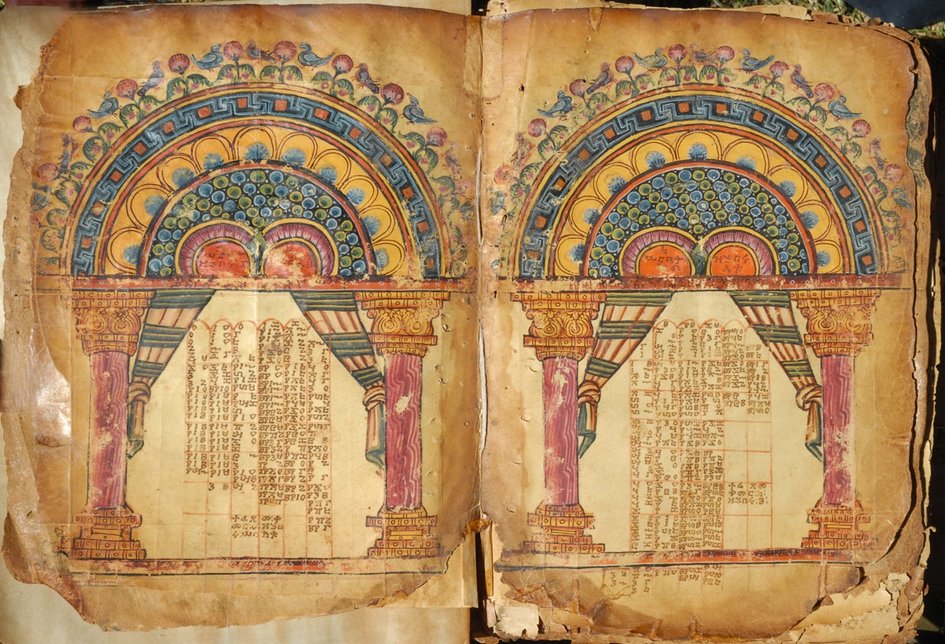 These decors, the archetypes of which were created in Palestine in the fourth century, are an expression of the art of Late Antiquity. They spread throughout the Christian World, from Syria to Iberia, from Ethiopia to Ireland. However the Garima 2 manuscript is distinguished by an image of a building which is unique in Christian art. These two books, dated recently by Carbon 14 to the fifth-sixth century, could be the oldest extant manuscripts illustrated with Christian subjects in the world – older than the handful of known sixth-century illustrated manuscripts. 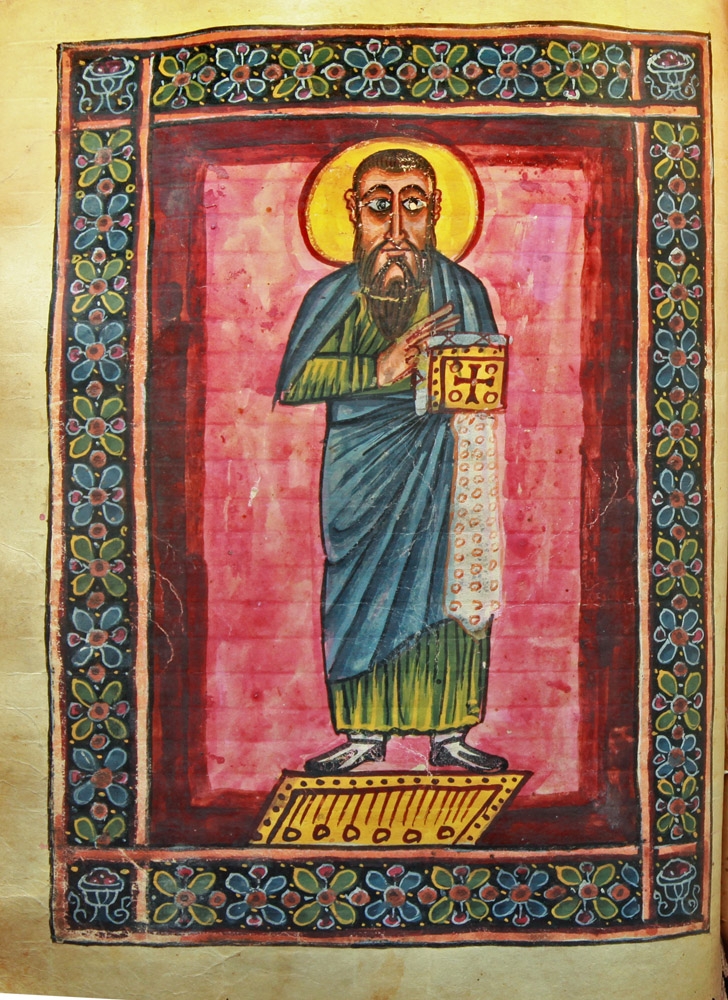 These manuscripts were jealously preserved for centuries by the monastic community. Today, having achieved international fame, they must be housed under conditions enabling their presentation to the public without risk of damage. Not only these, but other relics which also deserve the title of “National Treasure”: a chalice engraved with portraits (fifteenth century), a communion spoon (circa 1500), a finely decorated platter which belonged to a Mamluk Sultan (1345), the only remaining silk curtain in Ethiopia (circa 1750).

Thus, at the request of the monastic community, the French Government has provided for the installation of a museum in an old disused church of the monastery, and for a catalogue of its treasures. The museum also presents other liturgical objects chosen for their beauty and historical significance: crosses, manuscripts, chalices, crowns, canopies, drum… The modern era is well represented with gifts from Queen of Queens Zawditu, and many other precious relics from His Holiness Abuna Paulos I, patriarch of the Ethiopian Orthodox Tewahido Church, born at Medera.

The exploitation of this museum and the catalogue provide a supplemental income for the monastic community, jobs, and contributes to the education, delight and pride of the visitors. 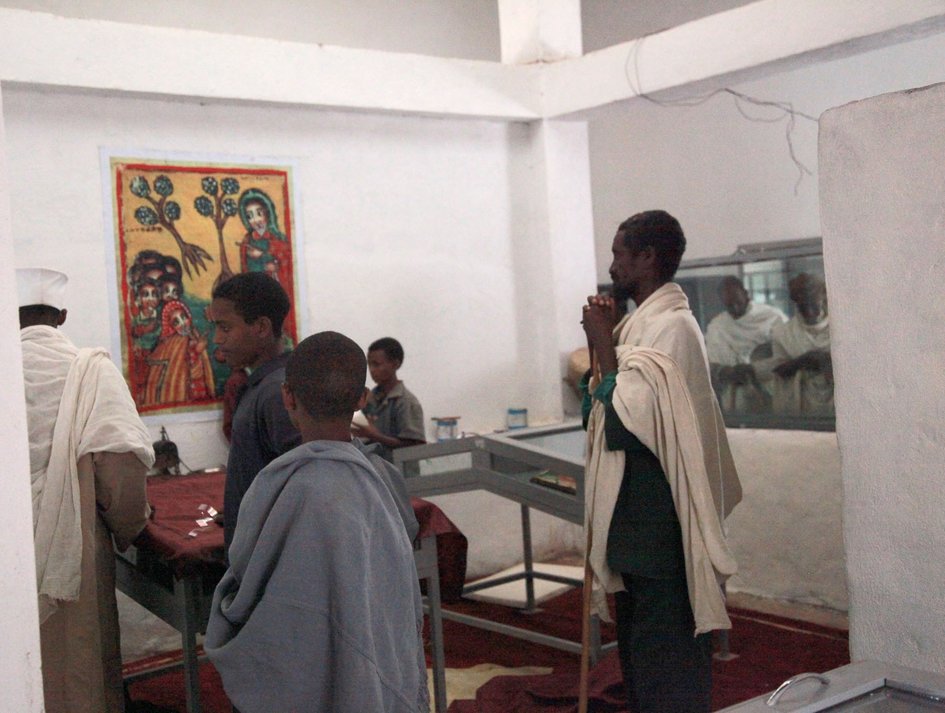