Home > News > News in Ethiopia / African Union > Visit of the French Minister of Economy and Finance, Bruno Le Maire, in (...)

Visit of the French Minister of Economy and Finance, Bruno Le Maire, in Ethiopia [fr] 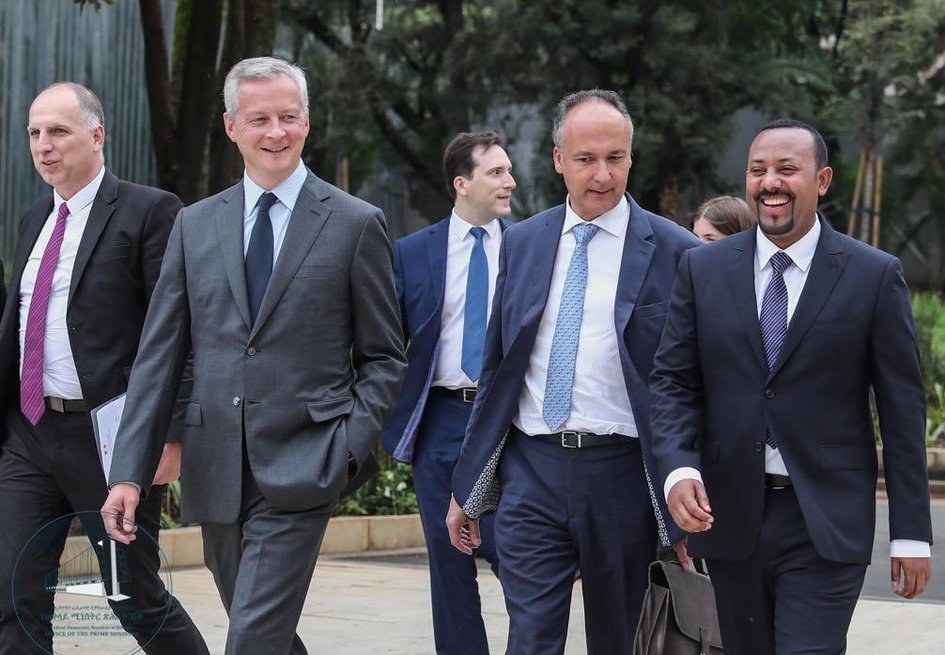 Bruno Le Maire, Minister of Economy and Finance, travelled to Addis Ababa on Monday 22nd of july 2019 as part of the follow-up of the projects discussed during the presidential visit last March. 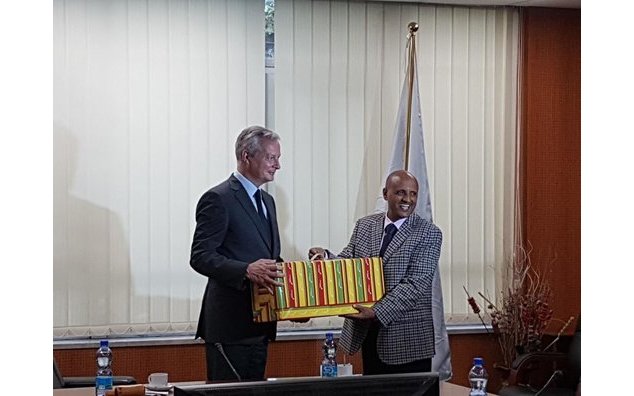 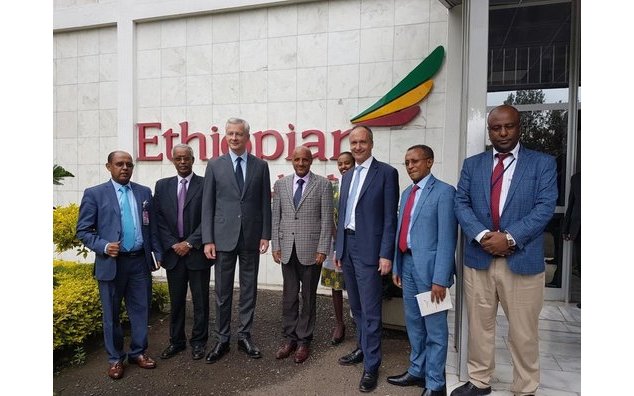 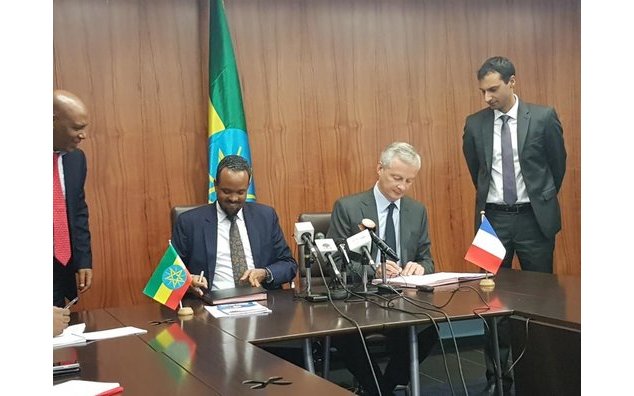 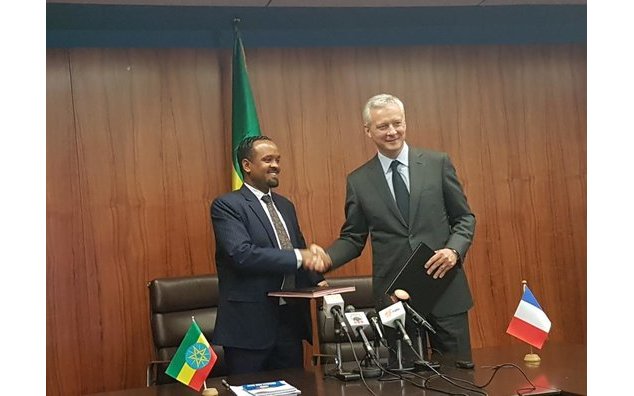 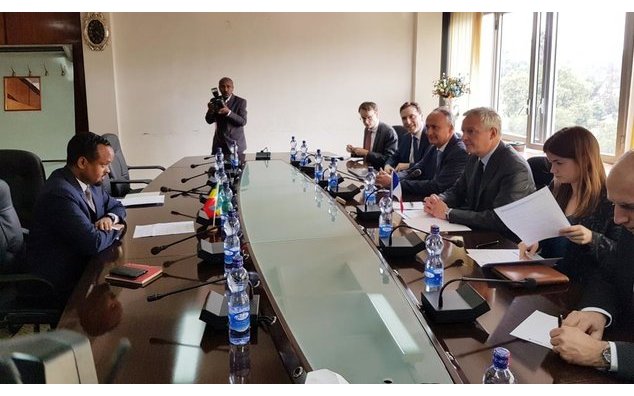 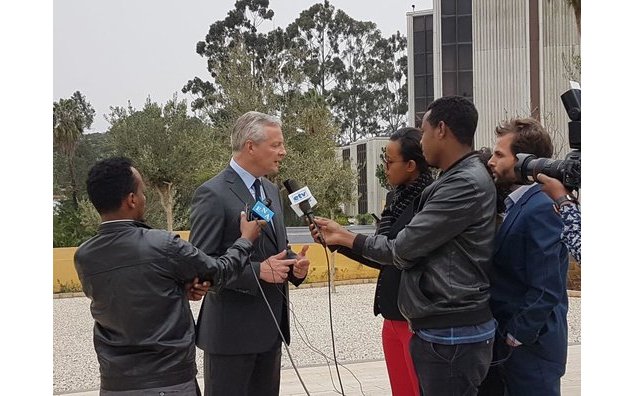 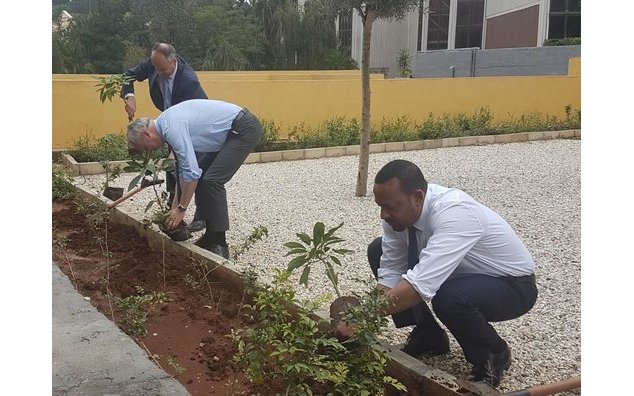 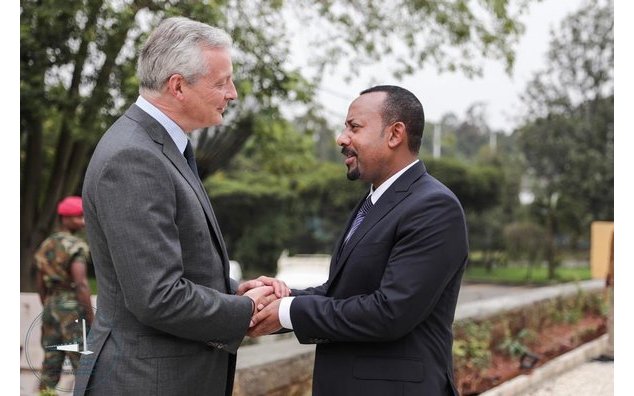 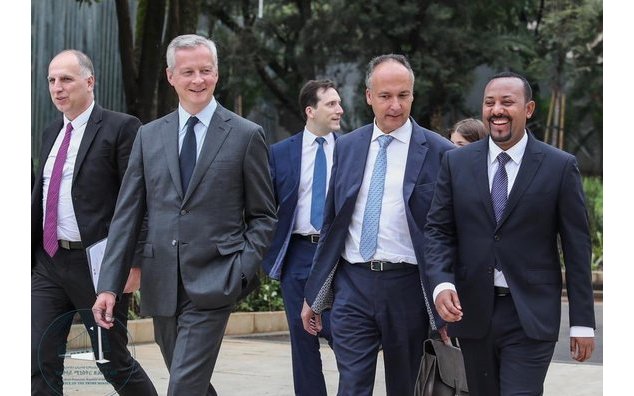 The minister met with Tewolde GebreMariam, CEO of Ethiopian Aviation Group following the launch of Ethiopian Airlines flights to Marseille, effective since July 2nd. They discussed together various partnerships with French companies.

He also met with Finance Minister Ahmed Shide. They attended a French-Ethiopian steering committee set up to promote French investments in Ethiopia.

His visit in Ethiopia ended with a meeting and a working lunch with Abiy Ahmed, Prime Minister of the Federal Democratic Republic of Ethiopia. They notably discussed the progress of the cooperation projects initiated after his meeting with the President Emmanuel Macron on March 12th .