Ethiopian Prime Minister, Mr Hailemariam Desalegn, Chairman of the African Union, met up with French President François Hollande on April 19 2013, on the occasion of his first bilateral visit outside of the African continent (video of the press conference here). 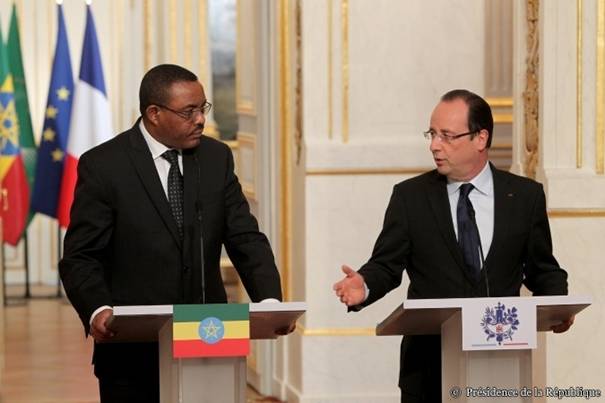 During their meeting, President Hollande and Prime Minister Hailemariam discussed the role of the African Union and the challenges encountered by the continent, including in the field of security, a few weeks ahead of the 50th anniversary of the organisation. François Hollande also paid tribute to “the very particular role of Ethiopia in enabling the resolution of those conflicts” and thanked the country and the African Union as a whole for their support of the intervention in Mali.

The bilateral relation between France and Ethiopia was also discussed, as well as the need to strengthen the bonds between the two countries, notably in the economic sector. The French President regretted that, although « French firms are present, especially in the field of energy and infrastructures, […] the intensity of our exchanges remains below what can be expected of France and of the Ethiopian development », urging French entrepreneurs to respond more often to Ethiopian invitations to tender.

Prime Minister Hailemariam reassured the French President that Ethiopia and the African Union were willing to develop “a close collaboration” with France, in the fields of peace and security, economy, as well as the environment, paying tribute to the role of France in fighting climate change.

Mr Hailemariam Desalegn then took part in a lunch organised by MEDEF (the largest union of employers in France) and gathering around fifty heads of French firms.

The previous day, Ethiopian Minister of foreign affairs H. E. Tedros Adhanom Ghebreyesus had met up with Minister Laurent Fabius to discuss the bilateral relation and the main security challenges on the continent, including in the Horn of Africa. 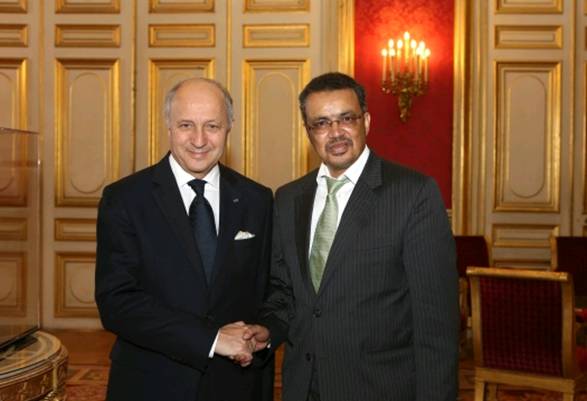