From 19 January to 19 February 2018, the leading French film festival is 100% digitized. Don’t miss this year’s festival, which is free in Ethiopia!

MyFrenchFilmFestival offers a selection of ten shorts and ten features in competition, along with four features and three shorts out of competition. 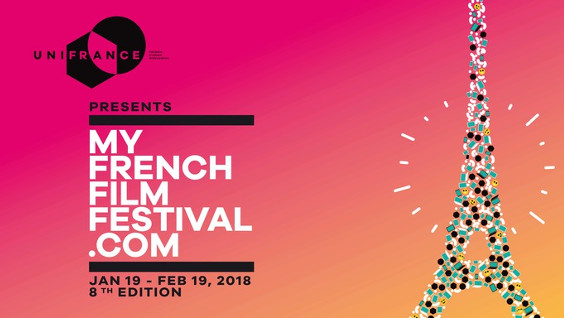 The MyFrenchFilmFestival.com platform is adapted to all media (computers, tablets, smartphones) and is available in nine languages.

After a record 2017, with close to 7 million viewings of the selected films, the best of new-generation French cinema is back and available online.

For the past eight years, through the festival, viewers have discovered a wide range of creative films by new-generation French directors along with French cinema classics of every genre. A range of comedies, thrillers, romances, dramas are featured.

This year, all the films are free in Ethiopia. In the rest of the world, the feature films are pay-for-view (€1.99 per film and €7.99 for the set), except in Africa, Latin America, India, South Korea, Poland, Romania and Russia, where the festival is free.

Following in the footsteps of the two previous presidents, Danish director Nicolas Winding Refn and the Argentinean director Pablo Trapero, the Italian director Paolo Sorrentino will preside the MyFrenchFilmFestival Filmmakers’ Jury. Discover the rest of this year’s jury and the selection for the 8th edition

Viewers are asked to rate the films and post their comments on the website. The Audience, Filmmakers’ Jury and International Press Prizes will be announced at the end of the festival.

MyFrenchFilmFestival is organized by UniFrance, the agency responsible for promoting French cinema internationally.