France and Ethiopia participated together in the launch of the first two programmes of the International Solar Alliance, on 22 April 2016, in New York, on the margins of the signature ceremony of the Paris Climate Agreement. 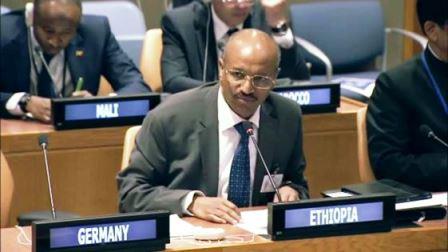 The International Solar Alliance was launched at the Paris Climate Conference in December 2015 by the President of France and the Prime Minister of India, in order to accelerate massive deployment of solar energy.

On 22 April, a dozen countries joined the first two programmes of the International Solar Alliance, marking a new stage in the formation of the Alliance. The programmes aim at reducing the cost of finance for solar projects, and bringing affordable solar applications within the reach of all farmers in their countries.