Communiqué issued by the Presidency of the Republic

"The French President expresses his full solidarity with the Belgian people.

He is in constant contact with the Belgian authorities to lend them all the support they might need in these tragic circumstances.

The attacks in Brussels strike at the whole of Europe. This means it must take the essential measures, given the seriousness of the threat. France, which was attacked itself in January and November 2015, is playing its full part in this. It will continue to fight terrorism implacably, at both international and domestic level.

In these circumstances, the French government has decided to further step up the security operation and policing at the borders and on transport infrastructure.

The President expresses his sincere condolences to the victims’ families and close friends, and his full friendship to Belgium."

The Embassy of France in Addis Ababa expresses its sincere condolences to the victims’ families and close friends. Its flags will be half-masted in order to honour the memory of the victims.

Following the attacks in Brussels, the Ministry of Foreign Affairs and International Development has opened a crisis center, which you can contact at the following number: 00 33 (0) 1 45 55 80 00. 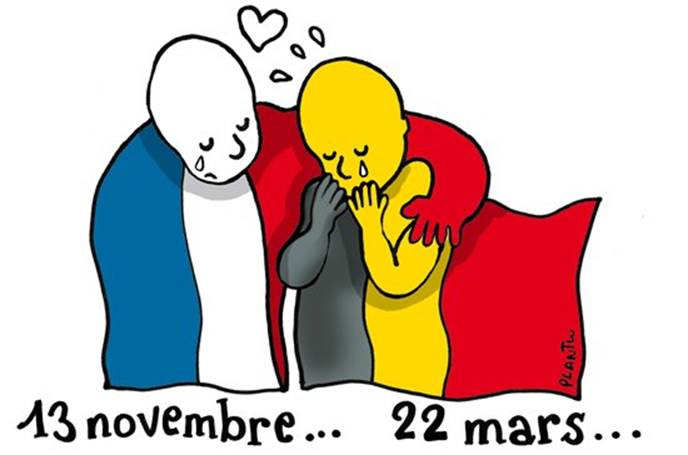